Circumcision, a violation of Human Rights?

We all agree (well almost all) that female circumcision is a horrific practice and that this mutilation of girls and women is a violation of human rights and in no way acceptable. But what about circumcision performed on boys? 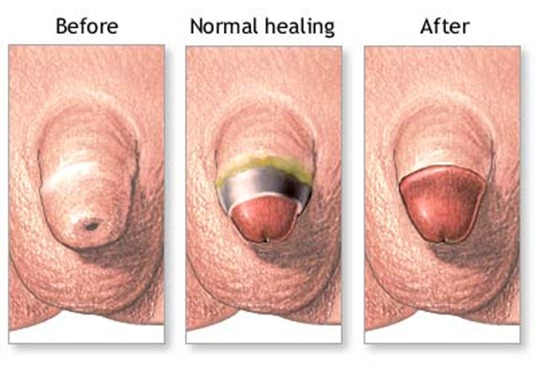 Male circumcision is the surgical removal of some or all of the foreskin from the penis. Global estimates by the World Health Organization (WHO) suggest that 30 percent of males are circumcised, of whom 68 percent are Muslim. The prevalence of circumcision varies mostly with religious affiliation, and sometimes culture. The US is the only country in the world where the majority of baby boys have part of their penises cut off for non-religious reasons. 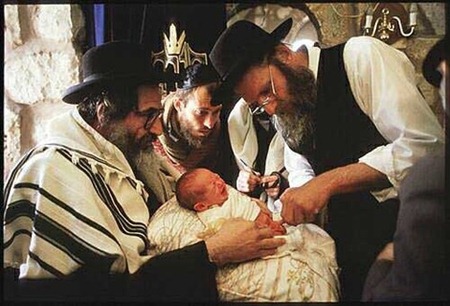 Jewish law states that circumcision is obligatory for Jewish-born males and for non-circumcised Jewish male converts. It is usually performed on the eighth day after birth in a ceremony. It is an intensely painful procedure 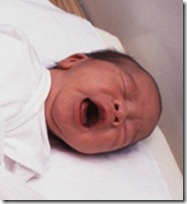 these new born babies are exposed to – without anesthesia and without any consent of their part. (see the video at the bottom how painful this is for the baby).
Also in Islam circumcision is highly recommended, although not obligatory and mostly performed with anesthesia, and it is certainly seen as an important external symbol of submission to God's will.
In Islam there is no fixed age for circumcision. The preferred age is often seven although some Muslims are circumcised as early as the seventh day after birth and as late as puberty. When the boy is adolescent there could be argued it is with the boy’s consent, but this can most certainly not be considered free consent because of the child by that age being severely indoctrinated with his family religion and will experience peer and social pressure to do and be as his father and grandfather.

Circumcision in the US

The US is the only country in the world where the majority of baby boys have part of their penises cut off for non-religious reasons. This extraordinary custom is very much taken for granted. Peer pressure, social pressure, and pressure from circumcised fathers and grandparents intoning the mantra "A boy should look like his father", all have combined to make "circumcised" an integral part of the concept of a US American man.

First of all there is this commonly accepted idea in all cultures and religions all over the world that parents have the ‘right’ to impose almost anything to their children without the children having a say in it, in this specific case: the right to cut healthy tissue off a helpless baby. This ‘right’ to mutilate another being is highly debatable; in fact it is showing an attitude of ownership towards children… Children are not property, children are not slaves, without the intrinsic human right to be respected in their wholeness, including their body.
Such mutilation practices of the body like circumcision for the sake of religious or culture reasons, is absolute not acceptable and is without any doubt a violation of the Human Rights of these (baby)boys. They have no say in it; it is just done to them, by the parents and their bodies are mutilated for the rest of their life's. Would you as a parent consider a tattoo being placed on your baby boy’s tiny body? No, you wouldn’t, for common sense reasons. So why not use the same common sense when it comes to cutting in healthy tissue of the penis of your baby boy?


Circumcising infants is absolute not acceptable –
it is a violation of Human Rights.


Female genital mutilation (FGM), also known as female genital cutting and female circumcision, is defined by the World Health Organization (WHO) as "all procedures that involve partial or total removal of the external female genitalia, or other injury to the female genital organs for non-medical reasons."
FGM is typically carried out on girls from a few days old to puberty. It may take place in a hospital, but is usually performed, without anesthesia, by a traditional circumciser using a knife, razor, or scissors. According to the WHO, it is practiced in 28 countries in western, eastern, and north-eastern Africa, in parts of the Middle East, and within some immigrant communities in Europe, North America, and Australia. The WHO estimates that 100–140 million women and girls around the world have experienced the procedure, including 92 million in Africa.


Although this blog was about male circumcision specifically, female circumcision must be mentioned in this context. It goes without saying that this horrific practice of mutilation of girls and women is in no way acceptable. It reflects the commonly accepted and allowed deep-rooted inequality between the sexes, and constitutes an extreme form of discrimination against women…. reflected in the Bible and other ‘holy books’ as well in older cultures.
Female Genital Mutilation is a violation of the human rights of girls and women.
As is the circumcision of baby boys and youngsters…


"What's done to children, they will do to society."
Karl Menninger, psychiatrist

Infant/children circumcision still accepted in the world by Larys Kaziukonis